The price of the oldest cryptocurrency in history 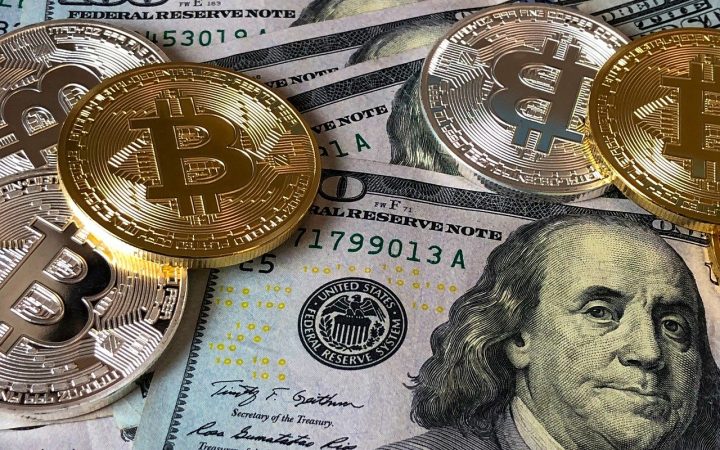 Bitcoin is the oldest and also the most expensive cryptocurrency in the world. Since its inception in 2008, the cryptocurrency has seen a rapid increase in value. If you don`t own BTC and consider to buy some, get yourself some coupons for different services here. 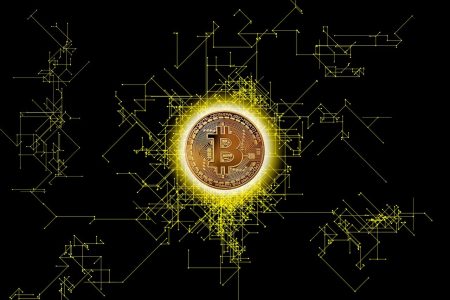 After the record high of $64,895 per Bitcoin, which the cryptocurrency reached on April 14, 2021, the enormous volatility of the cryprocurrency was once again evident. Depending on the news, the price plunged. Despite the positive outlook for the year from analysts, a purchase is still considered risky among investors.

In 2008, the idea of a digital cryptocurrency first gained momentum. Unknown people under the Japanese name “Satoshi Nakamoto” published a white paper that included the idea of a decentralized managed currency that would not be controlled by states or banks. Subsequently, programmers stumbled upon this vision, which was realized in 2009 in the form of what is now the oldest cryptocurrency, Bitcoin.

A trading venue where bitcoin could be traded opened. In the process, the value of the cryptocurrency was determined by the mining costs – due to the low demand, there was no official exchange rate at the time. Thus, the value of the Bitcoin in 2010 was 0.08 cents. In February 2011, the Bitcoin was mentioned in the media for the first time. The exchange rate then climbed to one US dollar.

Below are the most important events as well as the development of the cryptocurrency Bitcoin – starting with the current status. How expensive was the first Bitcoin? – Bitcoin price in history

A video published on YouTube, which probably comes from the group “Anonymous”, criticizes Tesla CEO Elon Musk. The reason for the criticism is, among other things, social media comments made by the Tesla boss about Bitcoin and other cryptocurrencies.

The price of Bitcoin is rising, more and more companies such as Tesla or PayPal offer payments with the cryptocurrency. But hardly any customers use this option – for good reason, a look into the fine print shows.

The anonymous speaker in the video, which was distributed among others via the Twitter account @YourAnonCentral, criticized that “the games you played with the crypto markets destroyed lives.” It went on to say, “Millions of retail investors really relied on their crypto profits to improve their lives (…) Your tweets this week show a clear disregard for the average worker.”

Musk nevertheless continued to actively tweet about cryptocurrencies and other topics, without commenting on the video.

China is taking massive action against cryptocurrencies, read more here. This is now having an effect: several companies in the industry, which earn their money with the energy-intensive so-called prospecting, also called “mining”, of cryptocurrencies such as Bitcoin, announced that they would stop doing business in China. The reason for this step by numerous companies is that China wants to regulate cryptocurrencies even more. The State Council under Vice-Governor Liu He had recently communicated a series of measures.

The company Huobi Mall, which belongs to the cryptocurrency exchange Huobi, declared to suspend its crypto mining offer for Chinese customers. It said it now wants to focus on business in other countries. The mining service providers Hashcow and BTC.TOP made similar comments.

Tesla chief Elon Musk criticized Bitcoin for its high energy consumption. With this, he triggered a tremor on the crypto markets.

With this action, Musk apparently wants to animate developers to speed up the search for more energy-efficient technologies for the operation of the underlying blockchain technology. And he wants to collaborate on a solution himself. In response, the Tesla CEO let it be known that the fun currency Dogecoin would be the focus of this. Musk has been promoting the digital currency for months. However, Dogecoin recently suffered several price drops.

The Tesla CEO’s criticism of bitcoin has unsettled investors. The digital currency hurtles from $56,000 to $46,980. It last stood this low for a short time in April 2021.

May 7, 2021 – Bitcoin as a means of payment for the first time at Sotheby’s auction in New York.

For the gala auction in New York, the auction house Sotheby’s announces an innovation. For the first time, a physical canvas painting by Banksy entitled “Love is in the Air” can now also be auctioned with digital currencies such as Bitcoin or Ether. That was still different at the beginning of March.

At the auction house Christie’s, the crypto artwork, which is based on the blockchain technology Non Fungible Token (NTF), still had to be paid for in dollars. The artwork “Everydays: The First 5000 Days” by Beeple reached a record price of $69.3 million. It was bought by Singapore-based Indian crypto entrepreneur Vignesh Sundaresan, who recently made his fortune buying and trading digital currencies.

Wall Street is preparing for another mega IPO. The crypto exchange Coinbase is going public via a direct placement. Coinbase is the largest U.S. trading venue for cryptocurrencies such as Bitcoin, Ethereum and Co. The company is one of the big winners of the ongoing crypto boom. This, in turn, is also driving the bitcoin price. In the afternoon German time, bitcoin reaches a new record high of $64,365, according to Coinmarketcap.

The Bitcoin price reaches another milestone. The oldest cryptocurrency surpassed the $50,000 mark for the first time, rising as much as five percent to a record high of $50,602.31.

A week earlier, bitcoin had traded at below $38,100, only to subsequently regain value. This corresponds to an increase of around 30 percent. Just two months ago, bitcoin had surpassed its 2017 best, breaking through the $20,000 mark. Shortly after, the cryptocurrency surpassed the hurdles at $30,000 and $40,000.

Elon Musk’s Tesla is investing more than $1.5 billion in Bitcoin. With this, the electric carmaker wants to accept the cryptocurrency as a means of payment in the future under certain conditions. Tesla bought Bitcoin to have “more flexibility to further diversify and maximize the return on our cash,” according to the e-car maker’s filing with the U.S. Securities and Exchange Commission.

A tweet from Tesla CEO Elon Musk is enough to trigger a dynamic rally in bitcoin and other cryptocurrencies. Musk had simply put “#bitcoin” in his Twitter bio, supplemented by the symbol of the world’s most valuable cryptocurrency. As a result, the bitcoin price really shot up, peaking at over 20 percent in a 24-hour comparison to $38,406.
October 21, 2020 – Paypal wants to accept bitcoin as a payment method

The payment provider Paypal is entering the business with cryptocurrencies. Customers in the U.S. are to be able to buy bitcoin and other cyber currencies and store them via the Paypal platform in the future. The news sends the cryptocurrency soaring above $12,800 – a new high for the year.

Market observers did not mince words and spoke of a “crash” in the crypto market. “This sell-off has led to a cascade of exits. The vast majority of investors have chosen to hold cash,” Wayne Trench, chief executive of crypto broker OSL, for example, told the Bloomberg agency.

In particular, the strong measures taken by the Fed and the travel restrictions imposed by the U.S. government have unsettled investors, according to many experts.

In early 2020, tensions un the Gulf region accelerate the Bitcoin, which begins the rally. The oldest cryptocurrency increased in price to its highest level in seven weeks at 8000 dollars and an increase of five percent.